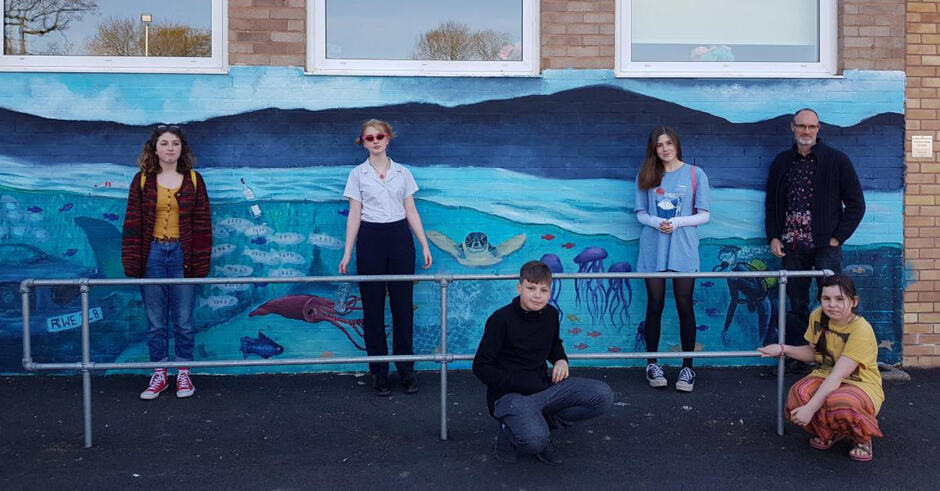 A TEAM of young artists has created a new mural here at the Cube.

Over the last three months the group, working with local artist Ivan Jones, created a vision of the Malvern Hills if sea levels were to rise drastically, to send a message about the dangers of climate change.

They were interviewed by the Worcester News to help further promote what was being done.

Mr Jones said: “It was a completely blank canvas and we said at the time it could be anything, so we thought about different concerns we have and the environment came out as a big one.

“The theme of the mural was devised by the young people and reflected their concerns over the future, climate change and use of plastics and the impact that has on the natural world.

“The Malvern setting also links back to prehistory when the area was under the sea. We held workshops where the young people sketched out ideas and we looked at images that inspired them.

“We started with the shape of the Malvern Hills then worked using Photoshop to collage the images together.

“We then projected their images onto large pieces of paper and transferred the image onto the wall.

“Then we hand painted using acrylic paints with the young people giving up their Saturday mornings over five weeks and it was a very collaborative effort.”

The mural features sea creatures, a destroyed car, and a message in a bottle which reads: ‘Save us from ourselves’. 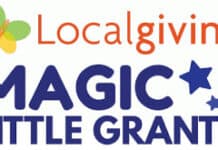 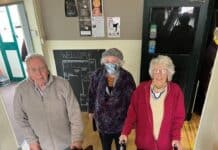 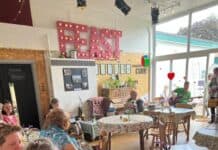 What is on in July ?

What is on at The Cube in June ?

What is on at Malvern Cube in May ?

What’s on in April ?

Malvern Youth and Community Trust (Malvern Cube) ​is a charity and it has been entered onto the Register of Charities with the Registered Charity Number 1166088.
Contact us: manager@malverncube.com

Nik Ludlow
06:06 27 Mar 17
Great venue , good view of the stage , good sound & beer from the Friday brewery.Slightly uncomfortable temporary seats (not in place for all performances) hence one lost star.Apparently the cafè is highly recommend.
Next Reviews
temp1
© Handcrafted by Elemental Media Ltd as part of the One in Ten Initiative - © Malvern Cube 2021
MORE STORIES